Pet of the month: Louis Thackeray

Louis Thackery is one of the most divine, sweet, handsome and all around cool cats you’ll ever find, but sadly for Louis he is a little too adventurous.

He is only a young cat but it’s the young males that do seem to be most prone to getting into trouble outdoors, roaming around a lot.

Just a couple of months ago, when Louis was around 16 months old, he came to grief with a car. His owners found him inside one evening dragging and unable to use his back legs after only having been outside for just a few moments.

They brought him straight into the veterinary hospital where he was found to have suffered some trauma to his hindquarters area. 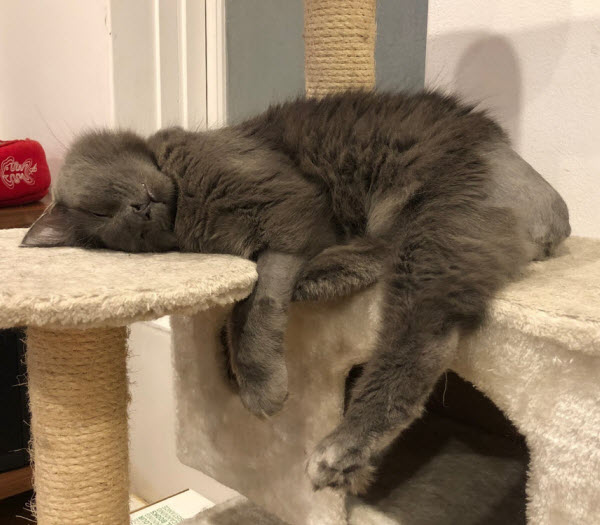 The trauma of being hit by a car had caused what is known as a “tail pull” injury, where the section of the vertebrae that is located near the base of Louis’s tail had been pulled apart and separated from the pelvis.

When a tail pull injury is as low as this it can cause serious damage to the nerves that control bladder function and unfortunately Louis was unable to empty his bladder at all.

Louis also sustained nerve damage to his back legs, as well as a lot of bruising, which was why he was unable to use his back legs properly. So, despite putting on an unbelievably brave face, Louis the cool cat was actually quite a mess.

Euthanasia was simply not an option

Luckily for Louis, he has the most amazing and dedicated parents.

They had only brought Louis home from cat rescue at 6 months old with his brother Harry and the two were firmly entrenched in the family, together with their older brother Tom who had already been with the family for quite a while.

There was no way euthanasia was going to be considered without trying to get Louis back to good health, so the rehabilitation began.

Firstly, Louis had his tail amputated and he recovered amazingly well from this.Then began the daily grind of emptying his bladder manually a few times a day, initially in hospital and then at home, while also administering a cocktail of various medications to help with the pain and inflammation, as well as to help get Louis’s bladder and hind leg functions back to normal. 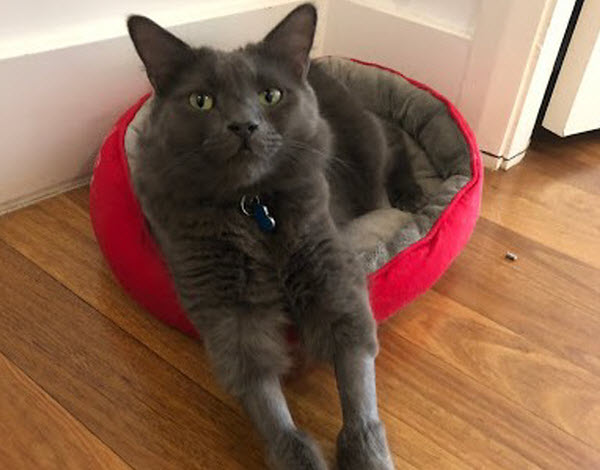 Louis is now pretty much back to normal

Skip to a few months later, after some serious work from Mum and Dad and beyond all expectations, Louis is now moving freely and is pretty much back to normal, climbing and jumping around!

Louis’s bladder control, while not 100%, is pretty good too.

We did try tapering him off the special medication but sadly his urinating deteriorated, so we’ve restarted him on it again and he’ll probably need these for a while yet.

However his quality of life is pretty normal, and he now has a whole lot of street cred! 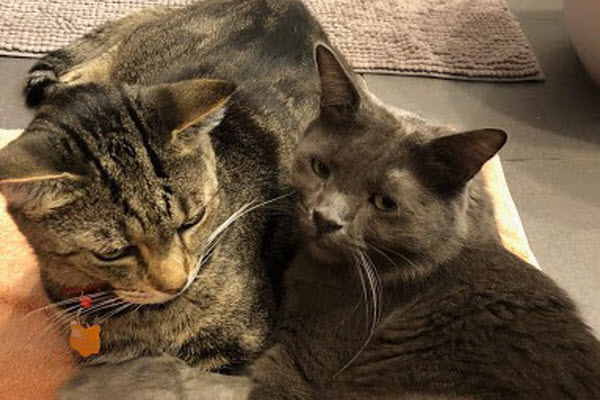 Louis has remained bright and affectionate throughout this whole process and thankfully did actually enjoy cuddles from me whenever I went over for his checkups, which was quite often at the beginning.

Louis’s injuries were certainly serious enough for most people to have considered euthanising him, a decision which would have been supported by us all.

But due to his sheer determination and the amazing love and dedication of his owners, Louis is now back to his bright, active and cool self…

…and the family bonds couldn’t be stronger!