On my travels around Sydney as a mobile vet there are some days where I am incredibly lucky to be part of wonderful family stories.

This month 2 missing cats found their way deep in to my heart.

Sam is a much loved family cat who had been missing for 3 weeks. His devoted owners were extremely upset and concerned.

He was found in a garage in a terrible state. 3 weeks without food and water had really taken its toll. He was dehydrated, around 2kg lighter and very wobbly.

We immediately hospitalised Sam and started emergency treatment. Tests revealed a diagnosis of hepatic lipidosis. Hepatic lipidosis is a life threatening condition cats face when they lose a lot of weight quickly. The liver gets ‘flooded’ with fat and stops working making the cat very sick indeed.

Incredible persistence from the vets and nurses at the hospital and gradually paid off and eventually Sam started eating and started to recover. At one stage he was on 7 medications each day!

I visited Sam the other day. He’s safely back at home with his devoted family and I gave him a clean bill of health.

Let’s hope he stays out of garages now! 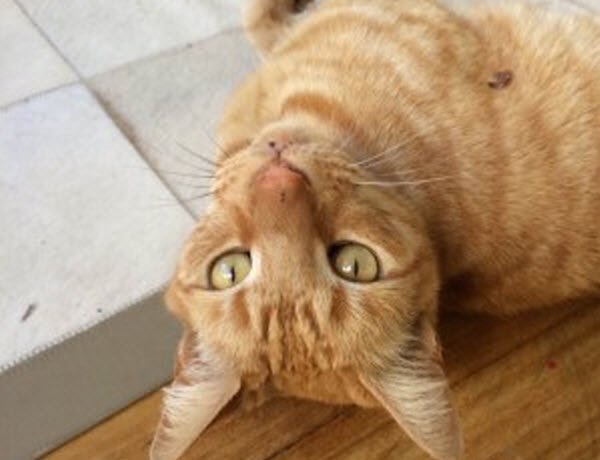 So if you think 3 weeks is a long time to be missing… what about 3 years?

Henry is a beautiful ginger cat who who went missing 3 years ago. His owners had given up hope of ever seeing him again and had moved suburbs.

I was called to see a ginger cat by a lady who was worried about his sore foot. It turned out the lady had been feeding him for the past few months but he wasn’t her cat. The cat was in great condition and purred constantly while I examined him.

As part of the examination I scanned him for a microchip – and lo and behold I got a positive! I checked the database and contacted his owner.

She was flabbergasted that Henry had been found after all this time! The family now had a dog and she was worried Sam might not like the new family member, but I persuaded her to persevere.

After a couple of months Henry and the family dog are best friends and he’s loving having a stable home once again.