Ear Problems in our Pets 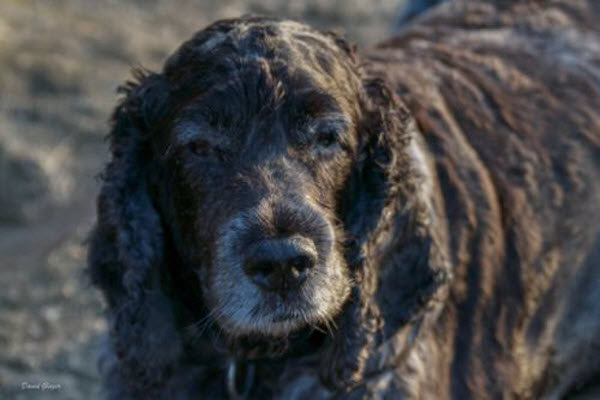 “Can you help? My dog is shaking his head and scratching at his ear with his paws. It’s driving him (and me) nuts!”

While certain breeds of dogs, like terriers and spaniels are over-represented, we do see ear problems in every breed of dog and cat. Vets often refer to ear disease as ‘otitis’.

It is rare for an ear infection to be the primary problem and so we always have to look at underlying causes. One of the most common reasons pets develop ear infections is secondarily to allergic skin conditions.

Our pets have a much longer ear canal than us humans. Dogs especially have a long and bendy canal leading down to the eardrum which unfortunately is a magnet for objects like grass seeds and readily traps infection and secretions. The long length of the canal is also one of the reasons why ear infections in dogs can be difficult to treat.

Some of the signs of ear trouble in our pets

Checking out a case of otitis

When our mobile vet visits your pet, the first thing we do is ask you some questions about the problem so we can get a deeper understanding. For example it’s really useful for us to know if this is a new or ongoing problem and whether the pet has other skin issues or other problems.

We’ll examine your pet from head to tail looking for any other problems which could be related to the otitis. Then we’ll use an otoscope to look in your pet’s ear. Sometimes this is a bit uncomfortable, but until we can see what the problem is, we can’t treat it.

Sometimes if the ear is really painful we have to arrange a visit to our base veterinary hospital so we can sedate your pet to find out what’s causing the otitis.

Often we need to take a sample of wax or discharge from the ear to look for things like ear mites, yeast, bacteria or abnormal cells. And if we’re concerned the ear infection might be related to another problem we may need to do other investigations like a blood tests, skin tests or diet trials.

In simple cases ear ointments (sometimes combined with ear cleaning) can treat the problem very effectively. Ointments often contain anti-bacterials, anti-yeast and anti-inflammatories. We might also talk to you about how to look after your pet’s ears and skin to reduce the recurrence of the ear infection.

In more severe cases for example if the eardrum is damaged or there are other underlying problems your pet may need tablets. And sometimes where there are underlying allergies, getting to the bottom of the ear problem can be a lengthy and drawn out process.

Rob Roy and his floppy ears

Here’s a little story about Rob Roy, a 12 year old cocker spaniel who has had chronic ear infections for years.

His big floppy ears have not helped as they don’t allow air into the ears and keep moisture trapped inside. Over the years the longstanding infections had damaged to Rob Roy’s ear canals causing narrowing of the canals and making them even more prone to infections.

Eventually he developed infections that were resistant to the most of the antibiotics that we use. He had three types of bacterial infections in his ears at once – staphylococcus, streptococcus and pseudomonas – the last of which is often the most hazardous.

All three were resistant to the usual antibiotics so we made a special compounded medicine up to treat them. Fortunately they responded to this and for now at least we have resolved his infections. He will need very close monitoring and ongoing maintenance treatments to try to keep any future infections away.

If his infections had not responded Rob may have faced surgery to permanently open up his canal and allow the infection and discharge to drain out properly. This could have meant that Rob would have lost his hearing.

The take home message is that ear infections may seem benign, but left untreated or if allowed to become chronic they can become very serious, damaging the middle and inner ear structures which may leave your pet with permanent damage and hearing loss.